I’m frequently asked about my favorite architectural/design style. Daughter of California that I am, you’ll see how the Lisa Henson house embodies all I hold dear.

As much as I love clean modern lines and appreciate the virtues of the traditional 1930’s home where I currently live, it’s the classic California Spanish Revival style that captures my heart and imagination. Add splashes of brilliant color, and I’m in heaven.

The Lisa Henson house in Beverly Hills embodies all of that. It makes sense that such a creative film and TV producer such as Henson would live in a creative and colorful home.

Now that it’s for sale, there’s a chance for a new owner to catch the rainbow connection. Henson, president and CEO of the Jim Henson Co. (home of the Muppets) has put her classic Spanish Revival estate in Beverly Hills, CA,on the market for $17 million. 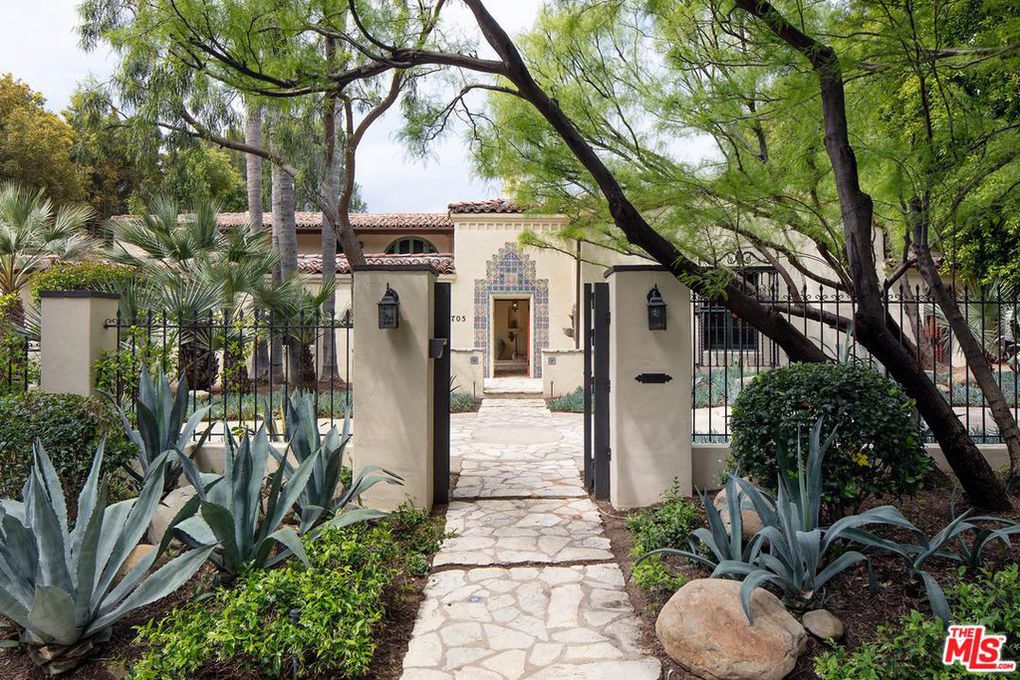 The mansion also has its fair share of stylish updates. State-of-the-art rooms include the chef’s kitchen, which features luxe appliances and a large island with seating for four or more. 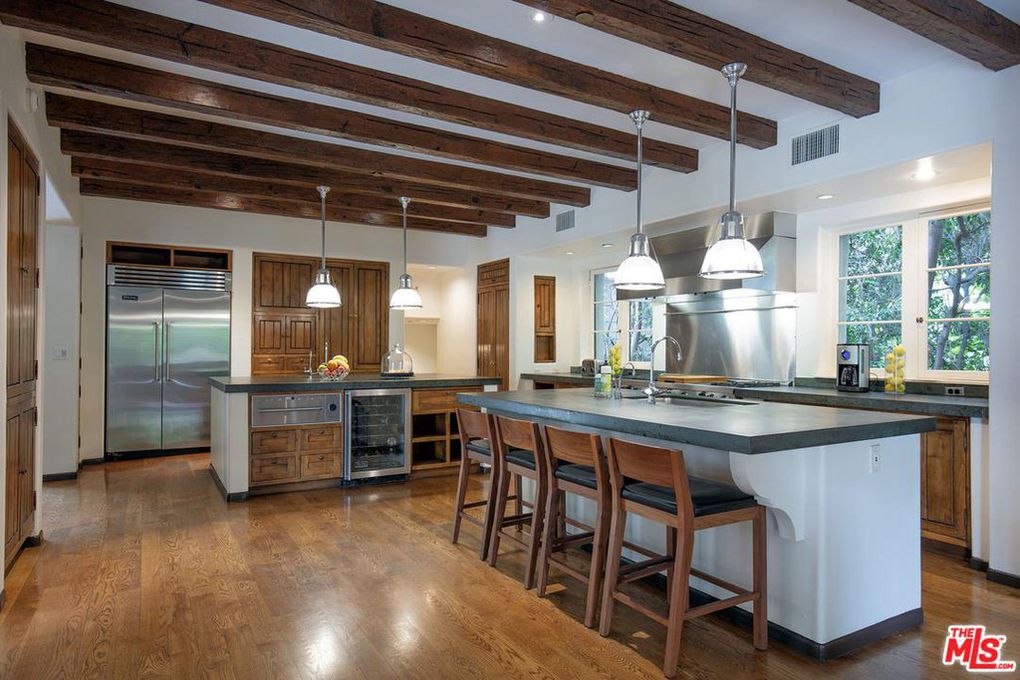 Other more modern touches include a home gym and a home theater. For bookworms, the library is an interesting mix of both 21st century and traditional style.

It’s roomy enough for friends and family—the home measures 10,436 square feet and sits on a lush half-acre lot. The main residence has five bedrooms, including the master suite with a fireplace. A detached guesthouse has two rooms, which could be used as bedrooms or offices, perfect for an exec who brings work home.

The grounds, accessible via grand French doors from many rooms in the house, contain olive trees, beautiful Spanish fountains and ponds, and raised vegetable gardens.

There’s also a loggia, pool, and orchard on the property. The home’s numerous patios and balconies overlook it all.

Public records indicate that Henson, the daughter of entertainment pioneer Jim Henson, purchased the home in 2001 for $5.9 million. It’s apparent she’s done a fair amount of dazzling renovations on the estate.

Henson has produced multiple film and TV projects, including the TV series Sid the Science Kid, No You Shut Up, and Jim Henson’s Creature Challenge. Her big-screen efforts include “MirrorMask, Alexander and the Terrible, Horrible, No Good, Very Bad Day, and The Happytime Murders with Melissa McCarthy.

Get more photos and info on the Lisa Henson house in my feature on Realtor.com.

Mirrormask
I’m frequently asked about my favorite architectural/design style. Daughter of California that I am, you’ll see how the Lisa Henson house embodies all I hold dear.
Share this:

Lisa Johnson Mandell is an award winning journalist, author and film/TV critic. She can be heard regularly on Cumulus radio stations throughout the US, and on BBC Radio.

Would You Live In a Notorious Murder Mansion? Here’s One For Sale—At a Discount!

5 Best Mail Order Mattresses for the Sweetest Dreams Ever

Check Out the Harry Warner Estate — It’s a Relative Bargain!